Three women, three regions of the country, three different fields. What they have in common is a passion to make the world a better place and an MBA to help achieve their missions. Meet Dorri McWhorter, Trish Karlin, and Rachel Greenberger – three extraordinary women who have chosen work that contributes to the greater good. 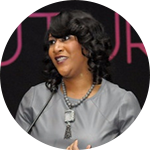 Dorri McWhorter set her sights on a business career early: at age 11, she wrote a letter to Santa in which she expressed her wish to become her parents’ accountant and, in seventh grade, she did a non-fiction book report about how she wanted to become an accountant. After graduating from the University of Wisconsin – Madison with a degree in accounting, she worked for Arthur Andersen and developed an interest in public service work. “Everyone at Anderson was engaged civically,” she explains, and “I have never not been a volunteer in my career.”

The idea of shifting to a full-time career in public service came when she had the opportunity to serve on the YWCA Metropolitan Chicago’s Board of Directors. “The YWCA had a great mission, but it was struggling financially,” she explains. “I thought I could contribute with my financial background.” After eight years as a Board member, Dorri became CEO in 2013.

Her goal in this role has been to transform the 140-year-old social service organization into a twenty-first century social enterprise that creates value in the marketplace. Underlying this objective is the idea that, as Dorri says, “Better human experiences create more marketplace value.”

Everything Dorri does aims to achieve the YWCA’s mission of “eliminating racism and empowering women,” and her responsibilities include overseeing 150 staff members, acquiring and managing resources, and focusing its programs on three “empowerment” priorities: safety and wellness; education and training; and economic sustainability. Programs that support these priorities include: rape crisis services; counseling for those who have experienced violence; workplace sexual harassment training; early childhood development; adult skills building; job and entrepreneurial assistance; and many others.

Although the YWCA initially only assisted women, it now considers the entire family unit and currently serves more than 200,000 people across Metro Chicago.

Having an MBA (Northwestern’s Kellogg School of Management, 2007) has helped Dorri achieve her goals as CEO. Dorri found immense value in getting an MBA, even though it was several years after she started her career. “It ranks up there as one of my best life experiences,” Dorri says, adding that having an MBA has given her a broader skillset that has enabled her to become “an expansive business leader.”

Working with young women every day, Dorri believes that “everyone has value.”  At the YWCA, she focuses on creating “environments for everyone to succeed,” she says. In addressing gender disparity in the workplace, Dorri believes too much emphasis is placed on the creation of diversity; instead, she recommends creating “a workplace that allows everyone to thrive.”

Dorri’s advice to women is to get insight and perspective, but not advice. “Explore and find your own journey,” she says, adding that she tries to limit the advice of others because “I don’t need the fears of others showing up in my career.”

May Dorri continue her fearless leadership at YWCA Metropolitan Chicago, advancing its mission to empower women and promote racial equality.

If you want to support the empowerment and advancement of women in the workplace, please consider donating to the YWCA Metropolitan Chicago and the Forté Foundation. 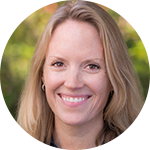 The seeds of public service were planted when Trish Karlin was in high school. Through a volunteer program, she worked with three-year-old twins who were enrolled at Head Start. Witnessing family trauma and seeing the twins being placed in foster care deeply impacted Trish and inspired her to study child development and public policy at Hampshire College. It was also the beginning of what has become a lifelong dedication to helping people in need and making a difference through her work.

After graduating from college, Trish worked for the California State Controllers’ Office. Knowing she wanted to focus on childrens’ issues and work for a non-profit, she met someone who worked at the Pediatric AIDS Foundation (now the Elizabeth Glaser Pediatric AIDS Foundation – EGPAF) in Los Angeles. EGPAF is the leading worldwide organization working to end AIDS in children.

When she joined in 1992, Trish was one of 10 people at EGPAF, she worked out of a 300-square-foot space, and the organization focused exclusively on the U.S. population. As the longest-serving staff member, Trish has seen remarkable changes in the scope of the organization’s mission, its size, and the treatment for AIDS. EGPAF now has more than 2,000 employees and supports research, advocacy and service delivery programs that have reached more than 27 million pregnant women worldwide. With programs in 19 countries, the majority of EGPAF’s work is concentrated in sub-Saharan Africa where 90 percent of infections in children occur.

Trish started at EGPAF as a member of the program team, including serving as Vice President of Programs, and she now serves as Executive Vice President of External Affairs and Business Development.  In her role, she oversees all external communications (including documenting and disseminating information about EGPAF’s work, working with media, and managing the website) and generating revenue for the organization (working with corporations, foundations, individuals and government), which is approximately $180 million in 2017. Trish does not hesitate when asked her favorite part of her position, which she says is “working with extraordinary people all over the world – doctors, nurses and program staff in places like Rwanda, as well as the people who benefit from the work we do.”  Trish claims, “I have never had a day where I felt bored or without a purpose. It is a dream job.”

The radical growth phase that EGPAF experienced – doubling its reach in one year when it expanded its programs internationally – caused Trish to think about graduate education. “When you expand like that – you have to rethink marketing, accounting and human resources,” she says. She considered a master’s degree in Public Health, but many people on the EGPAF staff had policy or health degrees. The MBA would give her knowledge that filled a gap on the team. Trish enrolled at the University of Southern California’s Marshall School of Business for its two-year Executive MBA Program and found it to be directly and immediately applicable to her work. “It was fascinating to learn about other industries and a lot of the issues and challenges translated, regardless of the kind of business,” she says.

If you want to support the important efforts to eradicate AIDS in children, please consider donating to the Elizabeth Glaser Pediatric AIDS Foundation. 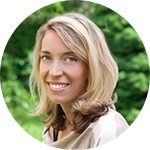 When Rachel Greenberger was an MBA student at Babson College’s Olin Graduate School of Business, Cheryl Kiser – the Executive Director for Babson’s Social Innovation Lab – requested a favor. “She asked me to read a man’s website about farming innovation, and I ended up writing a proposal about how Babson could support his work,” Rachel explains. From this “favor,” the idea for Food Sol was born.

Rachel describes Food Sol as “an action tank for eaters and entrepreneurs to expand their food system understanding, grow resources, build networks, and influence the future.” With Cheryl, she incubated the idea for Food Sol while still an MBA student, got funding for it a few months after graduation, and has been running it at Babson for more than six years. Explaining the difference between an action and a think tank, Rachel says the former aims to incite action rather than discuss theory. “Babson is known globally for how we teach entrepreneurship, and we believe in order to learn you have to take action.”

Central to Food Sol’s program are Community Tables – monthly, hour-long, free conversations to which anyone interested in the future of food, agriculture, or nutrition is invited. Held monthly in Boston and New York City and weekly at Babson, Community Tables are an opportunity for participants to help each other take immediate action on the next step towards achieving their food innovation or entrepreneurship endeavor.

“There are no slides or scripted conversation, they are lightly facilitated, and everyone who wants to chime in gets to,” Rachel explains. Her vision for the Community Tables is to expand them to become “vibrant and self-generated in both rural and urban settings across the country so that food entrepreneurs can have business success,” she says. Rachel adds that “on a micro scale, success happens all the time”, for example, when someone has a question that is answered immediately.  “Watching problems get solved in front of your eyes is very satisfying,” she says. Looking at success more broadly, there have been 210 Community Tables over the last five years.

Rachel describes Food Sol as “issue agnostic” because everyone who comes to the Tables has different interests, and topics may range from the food industry to animal welfare to environmental well-being. “We don’t have a position on issues,” Rachel explains. “People have different ideas as entrepreneurs to create a healthier, happier world. I just want people to take action,” she says.  “Once you look at the big system, you realize everything is interconnected. Everyone in the conversation can see where the dots connect and get a vision of the big picture,” she adds.

In addition to her role as Director of Food Sol, Rachel teaches a course on food entrepreneurship at Olin and will begin developing an online/offline blended course soon. She came to her interest in food and business circuitously. After graduating from Wellesley College with an English degree, she worked in advertising and in the travel industry. While working at a small travel business in her last job before Babson, Rachel was able to see firsthand how a new general manager applied his business knowledge to improving the operation. “I was fascinated by his business knowledge – he had tools that I could use to re-enter the marketplace and make more impact in the world,” she says. This experience influenced her to get her MBA. Unaware at the time that she wanted to make food her focus, she knew she wanted to do something socially and environmentally conscious.

As a former Forté Fellow, Rachel believes strongly in the power of mentorship and claims she was championed by Cheryl Kiser and others to be where she is today. She continues to nurture and help other women who work in various aspects of the food industry by participating in a monthly call where they share resources and support each other’s success. Rachel’s advice to young women is to never withhold praise and find ways to give even when you don’t expect anything in return – a message just in time for Thanksgiving.

If you want to learn more about Food Sol, please contact Rachel Greenberger.

Carolyn Miles – Save the Children: At the Helm of the World’s Top Independent Charity for Kids in Need