Growing up near Houston, Sapna Shah – a self-described introvert – learned early in life that people respond to authenticity over popularity. After studying economics at the University of Chicago, Sapna worked in equity research, micro-finance in India, and at Sony Pictures. Post-Wharton MBA, she landed at PIMCO, an investment management giant, where she has been for 13 years. After beginning in client service, Sapna now leads corporate responsibility efforts – which includes diversity, community engagement, and sustainability – a role that has challenged her in new ways. Not one to follow a rigid path, Sapna credits part of her success to selecting opportunities based on the potential to learn rather than solely prestige.

A CAREER IN FINANCIAL SERVICES

What was your career path before joining PIMCO 13 years ago?

As an econ major at the University of Chicago, there were three careers my classmates were interested in:  asset management, investment baking, or consulting. I chose asset management because I like the academic aspects of equity research. After three years, I went to India to work in micro-finance, a great opportunity to be of service. I had gotten into business school, but I worried about tuition. I deferred and found a job in corporate development at Sony Pictures. While I was there, female colleagues encouraged me to go to business school to establish credibility and create new career options.

You don’t have to be the best at everything – if you engage in a balanced, honest way, people will respond to that authenticity.

Why did you make earning an MBA a part of your journey? How has it helped you?

My MBA has exposed me to so many different ideas. I may not remember what I learned in every class, but I developed confidence and awareness of my capabilities. Often people are intimidated to do something new, and an MBA prepares you for future opportunities. Also, the relationships I gained through my MBA were some of the most important of my life.

Tell me about your career path at PIMCO over the last 13 years and the various roles you have held.

For the first nine years at PIMCO, I enjoyed working in client service – mostly with large corporate institutional relationships. In 2016, a role leading diversity, inclusion, and culture opened up. I was hesitant to apply because it would require a completely different skill set than the investment-oriented one I was most comfortable with. In many ways, it is the hardest job I ever had because the objectives were broader and more difficult to define than in client management. My position had many different stakeholders – every single employee and business function has an important part to play in advancing our inclusion objectives.  I learned a great deal from this experience and, in 2018, I transitioned into a broader role that also encompasses philanthropy, volunteer engagement, and environmental sustainability.

Some people suggest having a five- or 10-year plan, but had I been really rigid, I would not have gotten as many opportunities. I have sought opportunities that allow me to gain new experiences, leverage existing skills, and learn new ones. 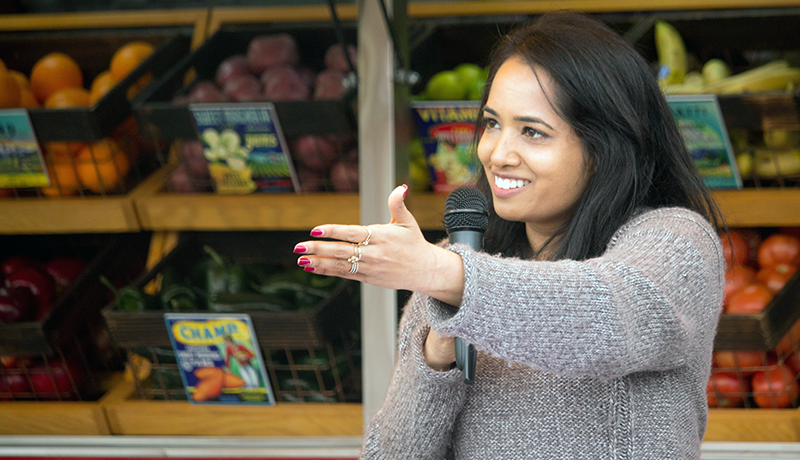 What do you think has been key to your success in business?

One formative experience was running for president of the National Honor Society in high school and winning despite being bookwormish and running against someone very popular. It taught me that people respond to substance and authenticity. Similarly, in business, if you engage in a fair and balanced way and position yourself in areas where you have the most to offer, I believe anyone is capable of success.

The relationships I gained through my MBA were some of the most important of my life.

Any career blunders you are willing to share because you learned something constructive in the end?

Most mistakes I have made were the result of making assumptions about people’s intent and not communicating needs clearly. For example, in my first job out of college my manager wanted me to print a document every morning and put it on her desk, which I thought was a terrible use of my skills! Instead of assuming she did not think well of my abilities, I wish I had asked her if she would be willing to sit down with me as she reviewed the document, since it was obviously important to her, and learn from her analysis.

You recently joined the board of the Los Angeles Education Partnership (LAEP). What is their mission, and why is it important to you?

LAEP advances educational equity. I see education as the great equalizer. If we are able to help foster equitable access to education, we will hopefully increase socioeconomic diversity in the workforce, reduce income inequality, and cultivate a new generation of thoughtful leaders with an expansive perspective on the world.

Personal interests:
I love storytelling in all forms, and I enjoy most forms of artistic expression. For example, I like to read, attend concerts, poetry readings, theatre, and movies.

Book recommendation:
A Confederacy of Dunces by John Kennedy Toole has made me laugh more than any other book, despite having a sad undertone. The author died before the publication of his book, which eventually received the Pulitzer Prize. It’s a reminder that whether or not your efforts are recognized, don’t stop believing in your talents.

Words to live by:
We come nearest to the great when we are great in humility. – Rabindranath Tagore