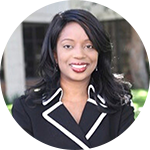 Diverse workplaces perform better than their less diverse counterparts, but on an individual level, it’s still common for women to encounter bias on the job. In Forté’s recent Women Lead webinar, Leveraging Diversity and Inclusion for a Competitive Advantage, diversity experts Dr. Candice Bledsoe, Director of the Action Research Center at SMU Cox, and Ana Rodriguez, Managing Director of the SMU Cox Latino Leadership Initiative, discussed common biases and explained how women can overcome them.

It is not our differences that divide us. It is our inability to recognize, accept, and celebrate those differences. 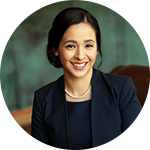 Dr. Bledsoe went on to explain that there is no “one size fits all” solution for diversity. She said, “Diversity should be intentional by the corporation or by the community, and it should really reflect the culture and values of your organization.”

Later in the webinar, Ana Rodriguez offered examples of hidden biases that research has identified as hindering an inclusive work environment and inclusive culture. She talked about the importance of being able to identify the biases and invited members of the audience to share their experiences with each bias. She said, “If you don’t recognize it, then it’s difficult for you to be intentional about working toward being more inclusive so that you have better results.”

Example: When one viewer was studying chemical engineering in college, an advisor told her, “Don’t feel bad if you don’t make it in this major. Girls aren’t supposed to be chemical engineers.”

Attribution bias occurs when women are given less credit for their accomplishments and more blame for mistakes.

Example: Dr. Bledsoe said that while working in Thailand as a trainer for the Bank of Thailand, her contributions weren’t recognized; instead, her male colleagues got the credit.

Example: A viewer shared that, as a Black woman in a leadership role in the nonprofit sector, when she was assertive, she was viewed as “intimidating,” “mean,” or “unapproachable.”

Maternal bias is when a woman who decides to have children is seen as less competent and less committed to her career.

Example: One woman noted, “I was told when I entered the academic teaching field that it would be hard for me to get a tenure track position because I was in my ‘child-bearing years.’”

Affinity bias is when people gravitate toward others who are similar to them and avoid those who are different.

Example: A viewer said, “At my last job, the team was mostly white men. They used to have traditions like ‘Casual Tie Thursday’ and ‘Basketball Fitness Fridays,’ which tended to exclude the women on the team.”

Intersectionality is about how we all have complex identities with multiple dimensions of difference. The term was coined by Kimberlé Crenshaw to describe Black women who were experiencing discrimination for both their race and their gender.

Example: One woman commented, “As a Black queer woman, it’s interesting. Women sometimes avoid me at work because I’m queer, non-POC feel threatened by my more masculine presentation/behaviors, and men don’t really know how to treat me sometimes.”

Rodriguez encouraged the webinar audience to take advantage of tools that promote institutional change, such as mentoring relationships, employee resource groups, and leadership development programs. She also recommended attending networking and cultural events with the intention of helping to create an environment that’s more welcoming to outsiders.

The presenters closed with a list of calls to action. They asked viewers to know the research on diversity and inclusion and use it to:

In closing, Dr. Bledsoe referred back to the Audre Lorde quote and the idea of celebrating differences instead of ignoring them. She said, “Celebrate the uniqueness and the perspective that you bring to the table.”

The full Women Lead webinar, Leveraging Diversity and Inclusion for a Competitive Advantage, is available free to all Forté members.