Women with diverse backgrounds often face additional challenges in their careers, from racism to unconscious bias. As part of Forté’s efforts to advance all women in business, we invited three women leaders of Asian heritage to share how they overcame obstacles like these to succeed in business.

Many of the insights Jennifer, Sumona, and Janet shared had a common theme: the value of authenticity.

Be Willing to Redefine What Leadership and Success Look Like. 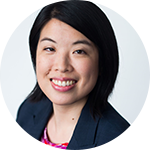 In her first job after college, Janet worked as a chemical engineer. She was the only Asian woman in the building where she worked, and her colleagues didn’t see her as a leader. She said, “They wanted me to change my personality. They wanted me to change who I was, but I didn’t. The key thing is to be your authentic self and to own it.”  Once she began to express herself and feel more confident, she felt a paradigm shift in her department as her colleagues began to understand that leadership and success can look different for different people. 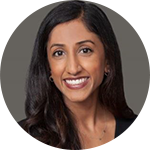 As more women scale into leadership roles, ideas about what leaders look like are changing. Sumona said, “Things like being assertive, bold, opinionated, and decisive are all characteristics of a traditional leader, whereas some of the Asian American stereotypes — and maybe truths — are relationship-oriented, collectivistic, caring, and respectful. Those are also great characteristics of leaders.” She works in HR, and whenever her company is hiring for a senior role, she says, “Forget what the leader is supposed to look like. What do you need them to do?”

When a woman is struggling with imposter syndrome at work, she may pressure herself not to make any mistakes because she doesn’t want to look like she isn’t able to do her job. Instead, Jennifer pointed out that leadership isn’t a zero-sum game where you have to get everything right all the time. “We have to allow ourselves to make mistakes and learn from them.”

Pick and choose where you get your feedback. Surround yourself with people who you trust and believe in, who have earned the right to give you feedback and who actually understand who you are and who you’re trying to be.

Be Open to Feedback — When It’s Helpful.

Jennifer said, “I think sometimes, as Asians who want to improve ourselves and do the hard work, we are willing to listen to all feedback, but not all feedback is valid. We have to be really aware of the stereotypes that Asian women face.” Asian women are often criticized for not speaking up — but those who do speak up may be considered “too assertive, too ‘dragon lady.’”

When Sumona first joined Republic Services, a colleague said something that really stuck with her: “Feedback is a gift, but you don’t always have to take it.” She added, “Pick and choose where you get your feedback. Surround yourself with people who you trust and believe in, who have earned the right to give you feedback and who actually understand who you are and who you’re trying to be.” 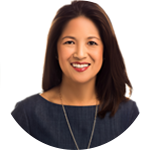 Asians in the workplace often experience being mistaken for their Asian colleagues, a topic that was recently covered in the New York Times. Jennifer said, “I think part of the challenge as Asian Americans who have fallen into the trap of being the model minority is sometimes we will minimize these things, and say, ‘It’s not a big deal. I don’t want to make that person uncomfortable, so I’m not going to bring it up.’” She encourages other women to get over the fear of making someone else uncomfortable, and instead work on calling attention to these microaggressions. This might involve saying something like, “I don’t know if you realize this, but you’ve mistaken me for Janet a few times, and it makes me feel like you don’t really see me or know me.”

Ask for What You Need.

Many people want to be allies to their underrepresented colleagues, but aren’t sure how to express that solidarity. Janet shared that after George Floyd was killed, she reached out to one of her best friends, who is Black, to ask how she could support her. Her friend said, “You need to be a voice for me. You need to speak up when you see something wrong, and you need to actually help me embrace change, because I can’t do it alone.”

The Women Lead webinar Asian Women in Leadership Share Their Paths to Success is available free on demand for all Forté members.