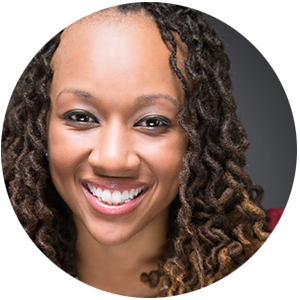 Last year when Tiffany Smith won the 2016 Power Pitch competition for her business idea to bring together skilled, former prisoners with construction employers in need, her concept was a dream. Today her company, Tiltas (formerly OrangePrint), is a reality – shaped by some learning lessons along the way.

Tiffany – a recent MBA graduate of Northwestern University’s Kellogg School of Management – came up with the idea for Tiltas – a company that addresses two critical issues facing society today: labor shortages and a high recidivism rate, which can be defined as the percentage of returning citizens that relapse into criminal behavior post release.

A change to the business model

In describing her journey with Tiltas over the last year – while attending Kellogg full-time – Tiffany says, “We have re-branded and put time and effort into coming up with an identity.” Like many start-ups, plans have been recalibrated, and Tiffany admits that she had to significantly change the model because the business “isn’t going to work exactly as I planned,” she explains.

The change in course occurred after some soul searching regarding the “pain point” they were trying to solve. “Our original assumption was that companies need labor, and people who get out of prison need jobs,” she says. Tiltas had planned to create an electronic marketplace where potential employers and former prisoners could connect, but Tiffany realized two unforeseen barriers to this plan: returning citizens (formerly incarcerated men and women) do not all have technology know-how and employers felt uncertain about how to assess them for employment.

Tiltas is now refocusing on the creation of an app that will serve as a social network for people who do not have one already. Incarcerated men and women cannot use technology while in prison so the post-incarceration learning curve with technology is steep – especially if they have been in prison for a long time. Many returning citizens “are less familiar with how to use an iPhone or iPad immediately upon release,” Tiffany says, and Tiltas aims to provide a pathway to success for the formerly incarcerated through a new kind of social network. By highlighting the stories and paths of those who have demonstrated post-incarceration success, Tiltas is connecting them with men and women who are in need of support as they begin new lives.

Challenges of starting a business and getting a full-time MBA

Tiffany says that the biggest challenge of building a business while in school is time. “When you are trying to do an MBA and start a business, you become a zombie because of the internal demands of the company and the requirements of graduating from school,” she explains.  Tiffany has combated that through self-care and recognizing “this is a marathon, not a sprint.” Over the last year, Tiffany says, “I have grown entrepreneurial skin and learned who I want to be as a leader.” She says the value of starting a business while in school is access to the numerous resources and getting introductions that will not be as available to her after graduation. “Mentally I wanted to take a break, but it wasn’t option,” she says.

Tiffany is unequivocal about the Power Pitch competition. She describes it as “life-changing,” “a once-in-a-lifetime opportunity” and a “no-brainer” to apply. “You’re in a room full of women who want to support you and endorse what you are doing. There are probably similar competitions, but Power Pitch is unique in that it is for women MBAs,” she explains.

At the time of the competition, she was still struggling with what she wanted to do post-MBA. She said since winning, she has made a name for herself at Kellogg; raised additional funds; and gained the support of people who believe in her vision.

Advice for budding entrepreneurs: Just do it

For those considering becoming an entrepreneur, Tiffany acknowledges that fear is inherent to the process. “Everyone thinks I am fearless, but I am scared,” she says. “But I believe so strongly in what I am doing, there is nothing else for me to do. If you think there is a problem that you are uniquely suited to solve, you have to do it!  Even if you fall flat on your face, just do it.”

While she has experienced a few bumps in the road over the last year, Tiffany would not have it any other way.  “Did I miss a few parties and other things along the way? Yes, but I wouldn’t change a thing about what I have done,” she says.