At the 2021 MBA Women’s Leadership Conference, a panel of women leaders discussed the challenges and opportunities African American/Black, Latinx, and Native American women experience in the workplace — and how their colleagues of all backgrounds can make a difference as allies. 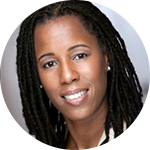 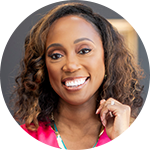 Women of color shouldn’t be expected to overcome those obstacles on their own. That’s why Ciara Anfield believes it’s important for companies to include everyone in DEI efforts. She said, “If we only talk about issues of inclusion and equity and diversity with women of color, we’re not going to have an opportunity to change the narrative within the broader community, because it takes more than one group to actually create that change.”

Bring Your Voice to the Table 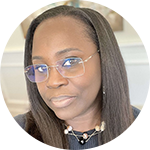 Isioma Chukwu encouraged the diverse audience to speak up at work and participate in open conversations. “Your voice is so vital, because we are not all the same. Even as women of color, we are so uniquely different,” she said, “Everyone joining the conversation is so important for all of us collectively to move this conversation forward, because it’s a huge task, and it’s going to need all hands on deck.”

Ciara pointed out that companies can’t actually reap the benefits of diversity and inclusion if everybody feels like they have to fit a particular mold. That’s why at Walmart and Sam’s Club, one of the ways they measure employee engagement is by asking, “How strongly do you agree with the idea ‘I feel free to be my whole self at work’?”

Everyone joining the conversation is so important for all of us collectively to move this conversation forward, because it’s a huge task, and it’s going to need all hands on deck.

She advised the future MBAs to get comfortable expressing their opinions, even when they aren’t popular ones. “Build that strength, build that muscle, because it is something that you’re going to need to rely on more and more over time, especially as you continue to ascend the ladder, because the decisions are going to get bigger, and the risks and the implications are going to be even higher.” 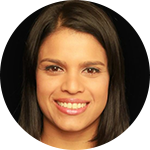 Angie Merchor spoke about how allies can take action to help make sure women of color have their voices heard. She shared a story about a call she had with a group of male colleagues. One of her coworkers called her after the call and apologized for not giving her a chance to speak. After that, she said, “He became an ally. If I said something that was relevant and people were not listening to it, he spoke up and said, ‘Angie has a point, let’s talk about it.'”

She added, “Having those allies and becoming those allies is very important, because then the burden is not just on the people that are actually going through that uphill battle, but on everybody else — and it becomes very intentional and aware.”

Ciara recalled how when she was promoted to officer, she received a bunch of congratulatory emails — but she is most grateful for the colleagues who reached out to say, “Let’s get together. Let’s have coffee or lunch. I want to talk to you and make sure you know what to expect.” These were people she didn’t have a relationship with. She said, “They kind of put an arm around me to say, ‘Hey, I want to make sure you know that you’re not in this alone and that you have support.'”

Today, she tries to be that helpful guide for others as they advance into leadership roles. She said, “You can do that where you are right now. You can do that on your internship, you can do that in business school. Create the culture that you want to see.”

Ciara asked allies to make time for self-reflection, and emphasized, “Weigh your outcomes heavier than your intentions.” As an example of how a well-intentioned person could hold a company back, she described an associate who is hiring for a new role and has someone great in mind from their last job. She said, “If your last company also had a problem with diverse representation, and you keep reaching out to people that came along with you on your journey, you’re not going to make a difference.”

Take Steps to Diversify Your Network 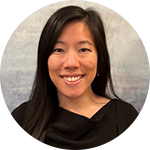 Jenny Caldwell urged MBA students to take a genuine interest in getting to know their business school classmates. The business school environment is a great place to learn how to work with people who are different from you. “You’re going to meet people with different personalities, different educational backgrounds, and different ethnicities, and you’re going to experience that in the workplace,” she said, adding, “Once you get into the workforce, you’re not going to have training wheels anymore.”

Intentionally building a network that extends beyond the people you’re used to hanging out with may feel awkward at first, but Angie recommends doing it anyway. She said, “If you’re feeling uncomfortable reaching out, that means you’re doing something really good, because you’re getting out of that comfort zone.”

Want to be a part of the next MBA Women’s Leadership Conference? Sign up for updates.