The panelists shared personal insights and offered advice on how LGBTQ+ MBA students can make the most of their time in business school and launch successful post-MBA careers.

Tap Into Campus Networks and Resources 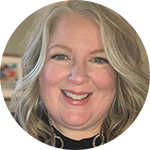 Before business school, Kat Campbell Johnson lived in New York City, where she was involved in LGBTQ+ activism. When she moved to Indiana to pursue her MBA at Indiana University – Bloomington (Kelley School of Business), she joined the Inclusion Network, a group she described as “a gay-straight alliance for grad school.” She encourages incoming MBA students to get involved in campus organizations and to consider taking on a leadership role. She said, “Whether it’s in an LGBT-specific group or another area of interest, it’s a perfect time to get those leadership skills going, because these are your peers that you’ll be potentially working with or leaning on for decades to come.” 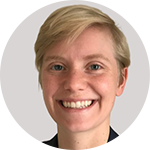 Emma Wright earned her MBA at the University of Minnesota – Twin Cities (Carlson School of Management), where she was involved with Reaching Out MBA (ROMBA), a nonprofit organization that supports LGBTQ+ MBA students. She said, “They run an annual conference that’s both a job fair and a broader connection point for the community. It ended up being one of the most valuable and rewarding experiences I had in my grad school program.”

Whether it’s in an LGBT-specific group or another area of interest, it’s a perfect time to get those leadership skills going, because these are your peers that you’ll be potentially working with or leaning on for decades to come. 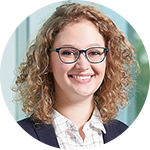 MBA recruiting events are not only about finding a great job; they’re an important opportunity to assess how inclusive a particular company culture is. Jillian McCarthy went to Carnegie Mellon University (Tepper School of Business), and as a queer woman, she took the interview and recruiting process very seriously. She said, “I am a person who is very driven by my values, and I knew that I wanted to work at a company that reflected those values and that cared about them.” During interviews, she brought up issues that mattered to her.

Jillian remembers thinking to herself, “If I’m going to work at a company, they need to be able to take me as I am.” When she got an offer from Cigna, she asked them to connect her with other LGBTQ people in the same program, and they did. She asked her potential colleagues what it was like coming to work every day and heard rave reviews. She said, “That made me feel pretty hopeful and excited to be part of this program in the company.” 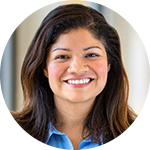 Veronica Vasquez, who earned her MBA at University of California – Los Angeles (Anderson School of Management), said, “I think it’s important for everyone to think of the interview process as a two-way street. The organization is certainly there to try to get to know you — that’s why they’ve called you in — but you’re also there to get to know them.” She recommends asking specific questions about the company’s culture and their approach to diversity and inclusion during the interview, and said, “Depending on the answers that you get, you might actually be the one deciding that it isn’t a good fit.”

I am a person who is very driven by my values, and I knew that I wanted to work at a company that reflected those values and that cared about them.

In her second year of business school, Kat interviewed for a role at Ford Motor Company. When they made her an offer, she let her recruiter know that she wanted her future employer to recognize her same-sex partner as her family. She says, “As part of my first offer response, I wanted to make it very clear to them that having same-sex benefits, especially relocation, healthcare, and other employee benefits, was definitely something that I wanted as part of my offer.” The same day that she and her partner were driving to Detroit so she could start the job, they heard on the radio that Ford was the first major automotive company in the U.S. to offer same-sex domestic partner benefits. She says, “It was a great feeling. I’m glad that I made that decision to both be open and honest with my recruiter and then actually take the position at the company that I wanted to be at.”

Out in the Workplace

Whether or not to come out at work isn’t always an easy decision. Emma came out during her undergrad career, but her first job out of college was abroad, where it’s not legal to be gay. She said, “I ended up going back into the closet for that experience. Returning to the U.S., I underwent this whole period where I was trying to figure out, how did I want to come out? And how did I want to show up in the workplace?” Now, she feels that if she has the privilege to be in a place where she can come out, it’s important to do so.

Jillian connected with Cigna through ROMBA. She says, “From the very beginning, Cigna knew that I was part of the LGBTQ+ community, and they made me feel very valued for that.” As she met her colleagues, she says, “I’ve done things to signal to people that I am queer, even if I haven’t had a podium and a loudspeaker announcing it to everyone.” For example, she used a profile photo of herself that was taken at a pride event in her final internship presentation.

Supporting the LGBTQ+ Community as an Ally

Veronica is involved with the Capital Group (CG) Pride Employee Resource Group and the company’s steering committee for diversity and inclusion. CG Pride has about 900 members, half of whom joined as allies. She says, “It feels wonderful to me to be able to support other members of our community, and also signal out to people that are considering our organization for their workplace: ‘This is a place where you will be accepted. You will feel that culture of belonging.'”

Jillian spoke about the importance of showing support for transgender people. She said, “I think constantly about: What kind of visibility can I bring to trans issues in and outside the workplace? In terms of advocacy for basic workplace needs, what can I take off the plates of the trans folks who I work with?” She added that people shouldn’t be afraid to make mistakes. “We’re all going to get our language wrong. In all likelihood we will misgender someone at some point, and we have to know how to apologize, ask for feedback where appropriate, and get our language right in the future. We cannot be so wrapped up in worrying about getting it right that we are silent, because silence prevents progress and maintains the status quo.”

Want to be a part of the next MBA Women’s Leadership Conference? Sign up for updates.