Anisha Kapoor and Cindy Hoang are the newly elected co-presidents of Michigan Business Women at University of Michigan (Ross School of Business). They spoke with Forté about their experiences at the MBA Campus Leadership Summit, how they’ve made their mark in male-dominated fields, and their plans for the future.

Successful Women Support Each Other 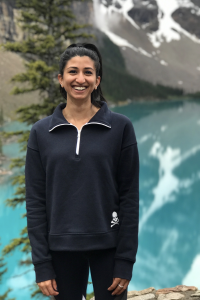 Anisha, a Forté Fellow, has been involved in women’s empowerment organizations since elementary school. She says, “I joined Girl Scouts in the second grade, did that throughout high school, and then volunteered with them in undergrad.” While earning her undergraduate degree, also at the University of Michigan, she moderated a Lean In circle. Anisha earned a bachelor’s degree in engineering and worked in technology consulting at EY. Even in those male-dominated environments, she connected with other women; she met some of her closest friends in a Women in Tech employee resource group. She joined Michigan Business Women as soon as she started business school, and says, “Being supported by strong women always, always helps you get further in life.”

Being supported by strong women always, always helps you get further in life.

Anisha and Cindy were elected co-presidents of Michigan Business Women in January, and the outgoing co-presidents, Jazmyn Becker and Molly Ketch, have been working with them to make the leadership transition as smooth as possible. At the MBA Campus Leadership Summit, Jazmyn and Molly gave a presentation on data-informed decision-making for member empowerment. That talk was Anisha’s favorite part of the event. She recalls, “I was able to see women that I had looked up to on a personal level show what they have learned through their time at Ross, what they have learned from Forté, and how they’ve implemented that into their daily life, into Michigan Business Women, and beyond. I really enjoyed that.”

During the summit, student leaders were able to hear directly from peers at other schools. Anisha says, “It was interesting to learn from different people in similar roles about the events that they’re holding, their goals, how they provide value to their members and allies, and more. Hearing about different ways to accomplish the same goals was really helpful for us.”

Anisha has an internal consulting internship at a financial services company this summer, and she plans to continue on that path after graduation. She said, “My goal is to keep doing internal consulting, because I love that you’re not doing the same thing every day… And financial services is where I’ve always wanted to be, from my first job to now. ” 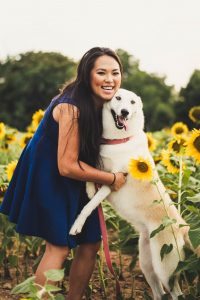 Cindy Hoang and her parents are immigrants from Vietnam, and she was the first person in her family to attend college. After graduation, she explored various career options including the entertainment industry and law school before settling into the nonprofit field. While working with MBAs at a military-focused nonprofit, her interest in business school deepened—but she noticed that business school students were typically white men. She was excited to hear about and participate in Forté’s MBALaunch On Demand program, and says, “Seeing this network of women, especially those that look like me, doing amazing things with their MBAs was really inspiring and important to me.”

Cindy plans to work in tech after her MBA, and she’s thrilled to be interning in Microsoft’s Data & AI division this summer. Ultimately, she hopes to start a social enterprise where she can put her tech skills to work helping sexual and domestic violence survivors. She says, “Business school allows me to have flexibility in my career, from pivoting into technology to hopefully becoming an entrepreneur one day. Having the breadth of business knowledge including marketing, finance, and accounting will set me up for success.”

Seeing this network of women, especially those that look like me, doing amazing things with their MBAs was really inspiring and important to me.

For Cindy, a highlight of the MBA Campus Leadership Summit was the Allyship Workshop. She had spoken with classmates who were hesitant to join Michigan Business Women as male allies. She says, “They thought that calling themselves an ally, but not doing anything actionable, would be very hypocritical.” She appreciated the discussion of intersectionality, because it reminded her of the way some people were unsure how to support their Black friends after George Floyd’s death. She says, “It was that same sentiment of, ‘I want to support this and I want to support you, but how do I give you a platform and the space at the same time?’ I felt a parallel there.’” She and Anisha have talked about having more MBW events for male allies in the future, while still reserving some events for those that identify as women.

After a year of gathering online, Anisha and Cindy are eager to transition Michigan Business Women back to in-person events, and they both expressed hopes that the 2022 MBA Campus Leadership Summit would be an in-person event. The Forté team hasn’t made a decision about that yet, but we’re hoping the same thing.