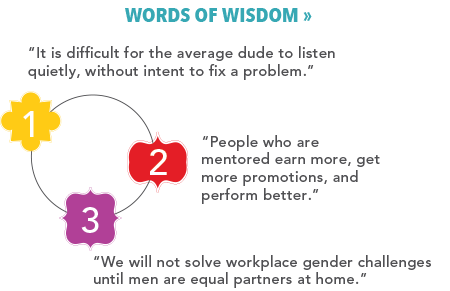 Brad Johnson and David Smith, colleagues while professors at the US Naval Academy, had an “a-ha” moment over a beer. Dave’s research focuses on the intersection of gender and work while Brad is a scholar on mentorship, but both recognized a need for men to participate more in helping women advance professionally. Having heard firsthand from women who were treated differently than men in the workplace, they saw an opportunity to collaborate and write a book: Athena Rising: How and Why Men Should Mentor Women. As Forté’s first male role models, Brad and Dave exemplify how a stronger alliance between men and women can help to change the status quo.

What initially drew your attention to the subject of men mentoring women?

Dave: Most of my research is around the intersection of gender, work and family, and I found that a lot of challenges related to gender inequality in the workplace were viewed as women’s issues. The idea that men should take an active part of women’s professional development was foreign to a lot of traditionally male-dominated organizations. As a clinical psychologist, Brad has done decades of research around the topic of mentoring. We had a conversation about why more men don’t see it as their duty as leaders to provide similar mentoring and professional development for women that they do for men. 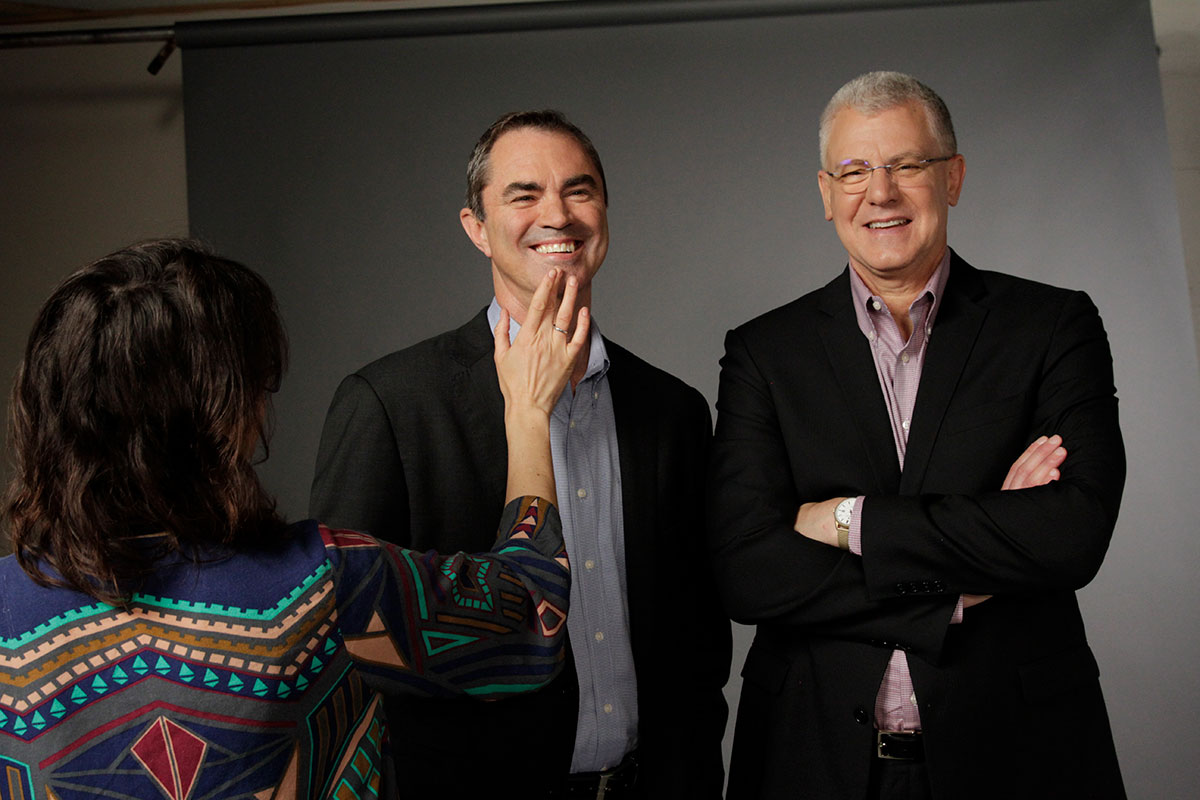 Was there an “a-ha moment or was it gradual?”

Brad: Looking at the research, in male-centric organizations you often have men mentoring women because there aren’t enough senior women – the numbers don’t work. I also have a sister who’s a rock star Navy captain. She encountered things I never did – everything from people telling her she should smile more to men giving her feedback that she was emasculating when she gave them firm and direct feedback. Of course, if a guy did this, we’d say he was clear and decisive. Hearing this primed me to be alert to the different experiences of men and women in the workplace. When Dave told me about his research over a beer in Annapolis, that led to conversations about the notion for the book.

Why did you decide to follow through on writing a book on this topic, as opposed to an article? How did you come up with the name of the book?

Dave: There are lots of books out there about mentorship and sponsorship for women. Unique to us was the idea of a book that addresses how men need to be engaged with women in the workplace through mentoring and sponsoring to solve inequity. We felt it was worthy because of the amount of research that’s already been done.

Brad: Dave and I have been spoiled for years working with women at the Naval Academy – women who are going to go lead other in combat, and we see these women as “rising Athenas.” Athena was the goddess of war, the goddess of literature, and she was a diplomat – she had it all going on. Part of our message to corporate America is that perceptions matter and, if you’re a guy in a male-centric environment leading the way, how you choose to see women matters.

What were some of the most profound or surprising findings from the research you conducted for “Athena Rising”?

Brad: We interviewed lots of women who had male mentors and asked them what worked. The number one thing that kept coming up was, “Could you just listen?” We never realized how difficult it is for the average dude to listen quietly and empathically, without intending to fix a problem. The other one that came up over and over again was, “Could you not make assumptions about me because I’m a woman?”

Dave: We also talked to the male mentors of some of the high-flying women we interviewed. Again and again, men came to this conclusion: “Wow. I think I learned more or got more out of this mentoring relationship than she did.” It was a lightbulb slowly turning on.

Brad: There is lots of data showing that people who are mentored earn more, get more promotions, have greater career mobility, and perform better. If somebody reports having a really useful mentoring relationship within an organization, they’re less likely to leave. In terms of the issue of pay disparity, I can’t think of many things that are going to move the dial more quickly than having men involved in mentorship. 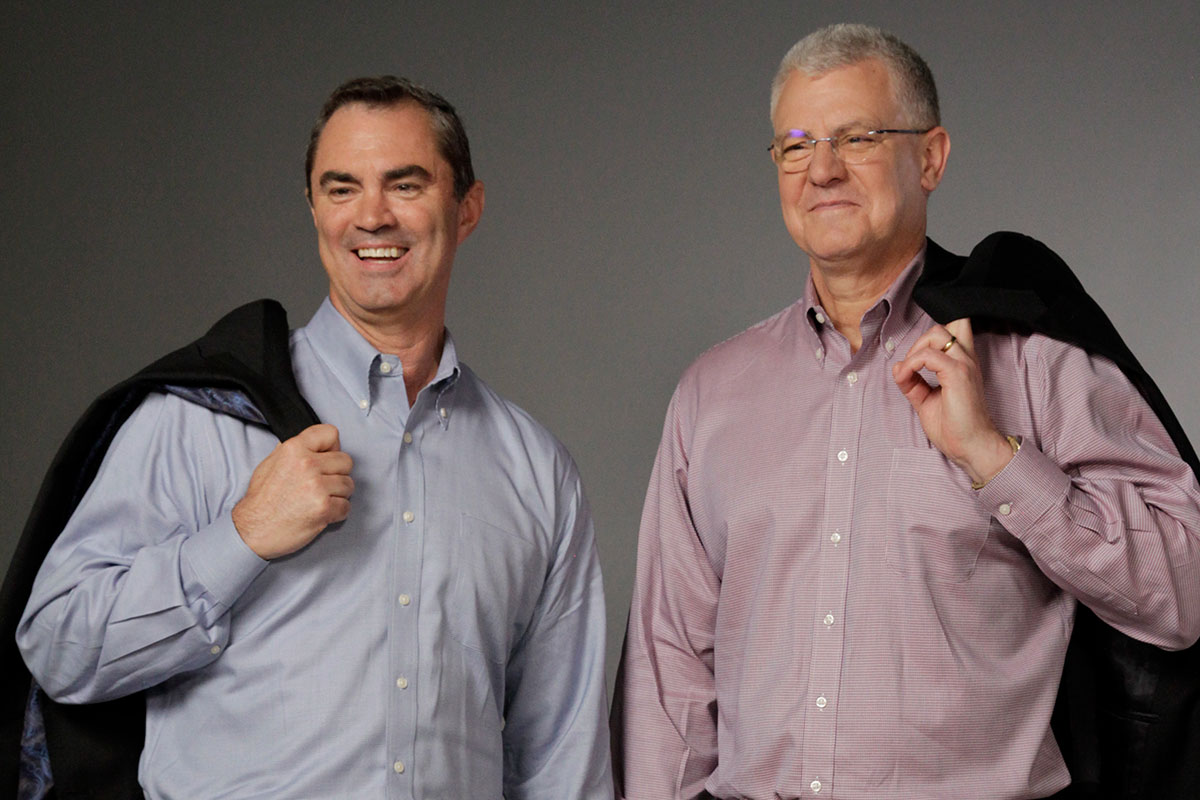 In the gender equity conversation, is there a difference between a male mentor and a male ally?

Brad: One part of being an ally for women is easy – to be open to relationships with women at work as colleagues and friends. That means showing little gender bias and sexism and requires self-awareness and eliciting feedback. The hard part is being willing to call out things in the workplace, especially on the part of other men. Men are more reluctant to advocate publicly for policies that are good for women, like pay differentials.

A mentoring relationship is broader and connotes being all-in: as an advocate, a sponsor, and a friend. Someone who is interested in a woman’s overall success, both personally and professionally.

You both have military backgrounds. The military has not always been known for leadership in the area of gender equality. Did you experience any resistance when you first started this project?

Dave: We had a lot of support at the senior level and curiosity about the work we were doing. Only once an officer said, “Hey, why are we even talking about this? We’ve been through all this gender diversity training, and we’ve done all the gender integration changes in the military. We got this.” While we may have achieved formal integration when it comes to policy and law, but informally and culturally there’s a lot of work left to do.

When we get pushback – and often it is outside the military – Brad and I always ask: How do you know you’ve got this, that you’re past this already? Have you asked the women that work in your organization? Have you done any sort of accountability measures and looked at numbers? I think that’s the bigger broader question that lots of companies are looking at: How can I tell my people, the women who work for me in the organization that we’re making good strides? How do I tell my shareholders, clients, or customers? How do I show them that we are taking action and are not just talking about it? In pushback situations, metrics are useful.

What do you say when you get pushback? How do you handle that?

Dave: That’s a moment when you come up with the numbers, the data, and the business case for why genuine integration is a money and bottom line issue.

Brad: Mixed gender teams perform better. They’re more creative. For others, sometimes you have to make the personal case and appeal to women they care about – their daughters, spouses, colleagues, and sisters. For other men, you tie it into leadership and their brand as an inclusive leader. It depends on the person or the audience.

“IT NEEDS TO START AT HOME”

Are there qualities that make some men pre-disposed to be better allies?

Dave: It needs to start at home. We’re not going to solve gender inequality without first being allies and equal partners at home, until men demand in the workplace the same opportunity for women that they have in their roles as partners, spouses, fathers, and parents. Until that happens, it’s going to be a slow and evolutionary change instead of revolutionary change, which is what we really want. This all starts with our children. We have to socialize boys and girls to see their parents as equal partners and modeling what we want for their futures.

We look forward to seeing Brad’s and Dave’s mentorship work revolutionize the workplace and help create more gender balance at both home and office.

Get more inspiring stories and a wide array of professional development programs to help you attain the career you deserve by joining Forté.