Every year at the MBA Women’s Conference, Forté honors two of our Fellows with a very special award: the Edie Hunt Inspiration Award. When Edie Hunt earned her MBA at the University of Chicago in 1974, she was one of only ten women in her class. She rose through the ranks at Goldman Sachs, and became the head of recruiting for the firm. In 2001, an influential Catalyst report about why more women don’t pursue degrees and careers in business brought Edie and some like-minded activists together, and eventually, Forté was born.

Today, the Edie Hunt Inspiration Award honors women enrolled at Forté schools who have made significant contributions to their schools and communities to advance women into business leadership positions. This year, we had the honor of awarding Tiffany Niver, Harvard Business School, and Imani Grant, Cornell Johnson School of Business, both members of the Class of 2012. 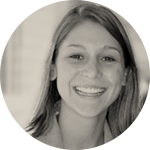 Tiffany graduated cum laude from Harvard in 2008, and even as an undergraduate, she had already begun to make an impact, serving as the Undergraduate Women in Business President and co-founding Smart Women Securities, an intercollegiate investment fund. She also worked as Forté’s marketing intern. After a stint at a strategy and management-consulting firm, Tiffany decided to return for her MBA. During her time in business school, she founded a nonprofit focused on educating undergrad women about investing, served as co-president of the women’s student association at Harvard Business School, started a women’s council to engage alumni, and headed up an initiative focusing on how business schools can support women in MBA programs in order to further their academic success.

Despite her long affiliation with Forté, this was Tiffany’s first MBA Women’s Conference and she says she found it inspiring. “I think there’s a lot of runway ahead of us,” she says. “The number of women in boardrooms is dismal. I’m passionate about making an impact, and about mentorship.” Tiffany is joining Amazon in Seattle this fall. 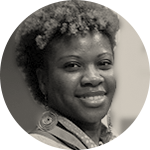 Imani Grant just graduated from Cornell’s Johnson School of Business. Even when she first began to look at business schools, Imani knew that she wanted to attend a Forté school. She made that one of her criteria for choosing a program, because she was drawn to the organization’s commitment to women in business.

At Cornell, Imani joined forces with other Forté Fellows to create a series of networking events for women pursuing an MBA. Inspired by the concept of a career “lattice rather than a ladder,” as Imani puts it (quoting Deloitte’s work on the subject), Imani recognized the value of a personal network in building a career. By reaching out to women on other campuses and bringing them together, Imani helped cultivate an atmosphere of mutual support and interconnection with a goal of introducing women to career opportunities and resources they might not have envisioned. “Business is hard work,” she says. “Making a decision to leave your comfort zone is hard work. Having the support of other women is so helpful.”

During business school, Imani consulted with AT Kearney in Thailand and South Africa, helping to create a strategic plan for a South African chocolate company, Ezulwini Chocolat. This summer she is at Mastronardi Produce, in sales and commodity planning, and plans to return to AT Kearney in the fall to pursue a career in agribusiness. About her choice of industry she says, “A lot of people overlook what’s involved in the food industry, in getting an apple from point A to point B. There is a lot of business, a lot of operations, a lot of distribution and a lot of opportunity in the food industry.” She says she looks forward to continuing to help women in business connect with one another and develop mutual business opportunities.

Congratulations to Imani and Tiffany and best wishes to them and to all of our MBA Women as you embark on the next step of your careers!