In 2022, Forté launched Forté Rise, a new leadership program designed to prepare mid-career women for executive roles. During the three-month program, the eleven women in the pilot cohort met weekly, working with executive coaches and leadership experts, and building a supportive community of likeminded women.

Equipping Herself for the Executive Level 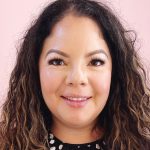 Lisa Rodriguez has been involved with Forté since her first post-undergrad role with Capital Group Companies, a Forté partner. They encouraged women employees to participate in Forté events. One of those events, an information session about the MBA, was the catalyst for Lisa’s decision to pursue the degree. She became a Forté Fellow at Cornell SC Johnson College of Business (Samuel Curtis Johnson Graduate School of Management).

I’m at a point in my career where I’m building towards executive-level roles. I wanted insights on how I can prepare myself for when the time comes.

When Forté announced the Rise program, Lisa was immediately interested. She says, “Every interaction I’ve had with Forté has made a tremendous impact on me and my professional development. I hold the organization in such high regard.”

For Lisa, the program came along at the perfect time. She says, “I’m at a point in my career where I’m building towards executive-level roles. I wanted insights on how I can prepare myself for when the time comes.” She knew that at the executive level, leaders are expected to build their teams, lead through others, and drive broad organizational impact. She was intrigued by the way Rise offered coaching and training to help women navigate that transition — and her company sponsored her participation in the program.

As the leader of a small team, Lisa found a Rise session on leading through others especially valuable. She says, “It was something that I was able to apply right away. It helped me put a finger on how I could change my behaviors to show up for my team as a spanning leader.”

She found the cohort setup very effective and notes that the leadership coaches created an environment where everyone felt comfortable sharing the challenges they were facing and exchanging advice. She says, “I didn’t expect the depth with which we would be able to go into a topic because of the willingness of the participants to be vulnerable with one another.”

Finding the Courage to Make a Change 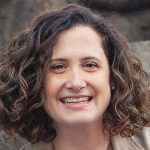 Kristin Lorenzo was a Forté Fellow at Babson’s F.W. Olin Graduate School of Business, and she has continued to engage with Forté as an alum. After earning her MBA, she moved to Santiago, Chile.

For most of her career, Kristin has worked in the financial services industry. At the end of 2021, she moved back to the United States and took some time off to explore her options. She had developed an interest in sustainability and contemplated taking her career in a new direction. She says, “I was grappling with, ‘Do I stick with what I know, or do I make a leap of faith?’”

When she received an email about Forté Rise, she recognized that it could be useful to her not only with deciding which path to take in her career, but also with reintegrating herself into U.S. corporate culture. She saw it as a way to make an investment in herself and applied to participate.

It opened my eyes to things that I had never considered before. It’s a great way to widen your perspective and feed your intellectual curiosity.”

After the international move, Kristin found herself very busy getting her kids set up in their new schools and helping her family adjust to the transition. Participating in Rise gave her the space she needed to prioritize her own needs and determine the next step in her career. She says, “Having that ability to really focus on yourself is quite powerful.”

Like Lisa, Kristin appreciated the camaraderie of the cohort structure. She recalls, “We were all women in similar spots. We all wanted to advance somehow. For me, it was advancing on a new trajectory, but for some people, it was advancing up the corporate ladder.”  The program content and organization also impressed her. She says, “It opened my eyes to things that I had never considered before. It’s a great way to widen your perspective and feed your intellectual curiosity.”

Kristin recently began working with the Environmental Defense Fund. As Senior Manager of Investor Engagement, she works with investors and financial institutions to support them in their efforts to combat climate change. She credits the Rise program for helping her make the leap into a career that merges her background in finance with her passion for sustainability. She says, “I got so much out of it. I feel like I’m still reaping the benefits of the experience.”

She and the other members of the pilot cohort found the peer coaching sessions so beneficial that they continued to schedule virtual gatherings even after the Forté-led sessions ended.

Lisa believes that women will get the most out of Rise if they apply before they reach the executive level in their careers. She says, “Start thinking about these things and building these skill sets before you get there.” She emphasized the value of joining a cohort of experts from different backgrounds and industries, and says, “Make sure that you really harness the brainpower that comes together in those meetings.”

Kristin recommends that participants be prepared to devote time to the program. She says, “Make sure that you’re able to participate, not just for yourself, but for others too, because others rely on you being there, sharing your experiences, sharing your opinions, and helping to problem-solve.”

Is Rise Right for You?

Learn how Forté Rise can set you up for success in your first executive level role. Apply now to join the next cohort. Applications are closing soon.