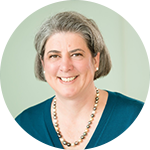 This year, Forté’s MBA Financial Services FAST Track conference was held virtually, but panelists from top financial firms offered attendees plenty of practical, real-world advice. Kathleen McQuiggan, Wealth Advisor, Artemis Advisors, and a Forté board member, moderated a panel of senior executive women from Guggenheim, JP Morgan Chase, Lazard, and PIMCO. While their career journeys varied, the women all had experience with a common obstacle — imposter syndrome — and they shared strategies for overcoming it.

Trust that you have what it takes to succeed

When Courtney Haydon, Managing Director, Guggenheim, first decided to pursue investment banking, her b-school friends thought she was crazy, but she stuck with it. She was drawn to “the analytical work, the intensity of the job, and being surrounded by a lot of really smart people.”

Courtney pivoted to finance from an engineering background, and at Guggenheim, she has worked with interns who came from the art and fashion industries. If you’re worried about having a non-traditional background, don’t be. Courtney told the conference participants, “I’ve heard a lot of people say that investment banking isn’t exactly rocket science, and it’s absolutely true.”

Her advice for MBA students interested in finance: “Don’t be scared of the career change if you’re willing to put the work in. I guarantee you, by the end of your first associate year you’ll be up to speed.”

Find your voice — and your support system 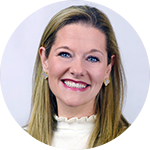 Brook Cunningham, Managing Director, Lazard, said, “I’m at a 170 year old investment bank where I’m one of a small handful of women partners globally.” She acknowledged that the male-dominated industry isn’t for everyone, but said she finds that being a woman gives her a different perspective and a way to tactically approach problems. She encouraged the future investment bankers in the audience to develop their own voice by watching and listening to colleagues and asking questions.

From there, she said, “You have to pretend that you’re confident, even in situations when you’re not. To give you a secret, nobody has any idea what they’re doing, not just in finance or in jobs, but just in life in general. I can certainly tell you as a parent, we are wholly making this up as we go.”  She also reminded the women listening that they aren’t alone: “Believe in yourself, and find people around you to believe in you on the days you don’t believe in yourself.”

Take a seat at the table, because you belong there 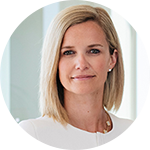 Libby Cantrill, Managing Director, Head of Public Policy, PIMCO, worked as a legislative aide in D.C. before attending business school. At PIMCO, she was able to create a position for herself that combines her interests in politics and finance. She told the MBA students, “Be very proactive about your own career. No one’s going to care about your career as much as you do.”

If you find yourself struggling with imposter syndrome as you begin your finance career, she said, “Don’t be afraid of your own voice. When you get into a meeting, sit at the table, and say something, even if it’s not perfect.” The important thing is that you’re being heard. She added, “It’s easier to interject yourself later on in the meeting if you’ve already spoken.” Early in her career, she ran through a mental checklist as she headed into a meeting. She made sure she sat at the table, looked ready to engage, and had something to say. She learned, “Once people know that you are not afraid to speak up in those situations, they’ll defer to you more.”

Push yourself out of your comfort zone

Libby shared some advice she received from a professor at Harvard Business School, “Go towards the discomfort. Do things in your job or your career that make you feel uncomfortable.”

When she first started making TV appearances, she’d get nervous. She said, “I knew that was probably a good sign, because it meant I would be evolving and developing new skill.”

Like Brook, Libby finds it helpful to over-prepare. In order to grow more comfortable speaking on TV or in front of a group, she practiced all the time, and it helped. She said, “I think just knowing that you’ve done the prep work can actually reduce a lot of the anxiety and decrease that sense of imposter syndrome.”

Prove yourself by following through 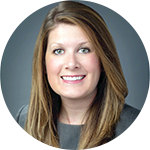 Robyn Newman, Executive Director, JP Morgan Chase, believes it’s important to be great at what you do — but it’s equally important to follow through on your commitments. She said, “There are a lot of people that think they’re really good at things, but they never actually follow through and do what they say they’re going to do.”

She told the MBA students, “It sounds really simple, but if you do what you say you’re going to do, put all of your intention and thoughtfulness behind it, and really knock it out of the park, even if it’s a simple task, you’re going to be given more and more things to do.”  By following through, you’re making that your personal brand, and it can open doors for you.

As the panel came to a close, Kathleen McQuiggan offered a final, funny piece of advice for overcoming imposter syndrome: “You have to embrace your own P/E ratio, and it’s not price-to-earnings, but puke-to-excitement.” She told attendees, “You’re going to have those awesome days, and you’re going to have those challenging days, but you’ll be able to figure it out.”