The following is a conversation about the origins of volunteering in America and how it continues to be integral to our country’s history and future. I have found that the lessons I’ve gained from community service in high school and in college, are akin to precious pearls of wisdom – used to assimilate deeply and use as touching stones for my career and personal fulfillment.

For those of you who have shared a similar experience, I am sure you will agree it is hard to identify exactly how volunteering shapes you because it can be gradual and sudden in other ways. Like the falling of leaves, it trims and prunes you little by little, and then suddenly you feel bare like a sturdy tree suddenly aware of its vulnerability.

To transition from what service means to me, I would like to share what it has meant to so many of our neighbors and citizens over the years. The original meaning of the word, “volunteer,” we have come to associate with our school volunteer efforts, local charities, and even national movements all stem from the idea of defending our country during war.

It was not until World War I that volunteering started losing its precedence in American verbiage. No longer was it just service men as “volunteers” for the war effort, but everyday citizens too. “Community service” came to the forefront of people’s minds with a fervent passion domestically in 1914. With a nation and country in crisis, we saw a serious emphasis on patriotism through various propaganda, encouraging home-grown produce, clothing drives, and buying bonds.

One could broadly categorize the term “community service” as a powerful bridge between the military and civilian forms of engagement that we are vastly aware of today. The new roles for women to fill were, in essence, emancipation from restricted Victorian rules of female conduct. Ultimately, it was a way to level the playing field socially.

For instance, no longer was sewing or knitting considered as subservient roles for women, but the activities of females championing the ideals of their country at war. Before and after the Great War, social reform was gaining momentum, as we saw Progressive Era activists from the 1890s to 1920s gaining a space to push for government reform, elimination of corruption, women’s suffrage, stronger health and safety standards, and correcting various other social ills. Community engagement was no longer a privilege for affluent women while their husbands were at work. Instead, now vast populations of men and women could partake in this movement after WWI.

Our female counterparts in Great Britain in 1914 were also employing civic consciousness. Queen Mary’s Needlework Guild met the needs of sailors and soldiers at the front by receiving and producing over 15.5 million garments to store and dispatch from St. James’s Palace. If these articles were not made by the voluntary labor of women who were willing to do their share of work for the country in the best way open to them, these garments would not in the majority of cases be made at all.

All in all, while WWI enlisted broad segments of everyday American people for community service, many influential women began domestic community engagement efforts many years before. They used resources such as university education, aristocratic upbringing, or in many scenarios white house status to implement changes in their communities or the nation as a whole. 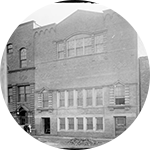 Armed with a university education, Nobel Peace Prize Winner Jane Addams created Hull House with her dear friend Ellen Gates Starr in 1889. It was modeled after a London center for social reform. Essentially, it was a settlement house for immigrants and lower income women whose sole mission was to provide social and educational opportunities for working class people. It inspired hundreds of other similar houses around the United States, and not surprisingly, many of the Hull House residents went on to make their own splash in the social reform movement.

The efforts of leaders like Addams, and many other influential women before and after, have created lasting impressions we still honor and strive to recreate today. These women unlike yourself did not have the same freedoms and flexibility, nor did they have the educational horizons you can reach as a female today.

Community engagement does not have to mean raising money or calling attention to various philanthropies. It can simply mean allocating time to your university’s center for student engagement, participating in discussions through your various organizations that make your school more efficient, inclusive, and influential. Women have been making history through their community engagement since our nation was founded within their own spheres of influence. I encourage you to contribute through your various circles.

It may be true that as an aspiring businesswoman, you will not be required to volunteer a day in your life. Yet, if you look at powerhouse names in industries, and those who have broken the glass ceiling gracefully and humbly through meritocracy and hard work; it is so eye-opening to see how many of them are the same women who rock the cradle at home as well as in their own industries, rearing a generation of women like ourselves to follow in their footsteps of engagement.

I wish for you the same that I wish for myself: to foster the very best relationships that will lead to your growth and fulfillment within your community and beyond. Undoubtedly, volunteering is an impactful arena with much history at home and abroad in which we can choose to make that possible.