As a public health major, I’d never thought of myself as a “businesswoman.” With a zest for working beyond office walls, I established a non-profit after-school program in high school called She Became, which is a mentoring program for third to fifth grade girls.

She Became focuses on teaching the girls how to be confident in their capability to succeed. Each week has a career theme where a professional woman like an entrepreneur or engineer comes to speak to the girls about her career. Then, the girls do a craft related to the theme.

For example, during “business week,” girls designed their own product and presented it to their peers “Shark Tank” style. 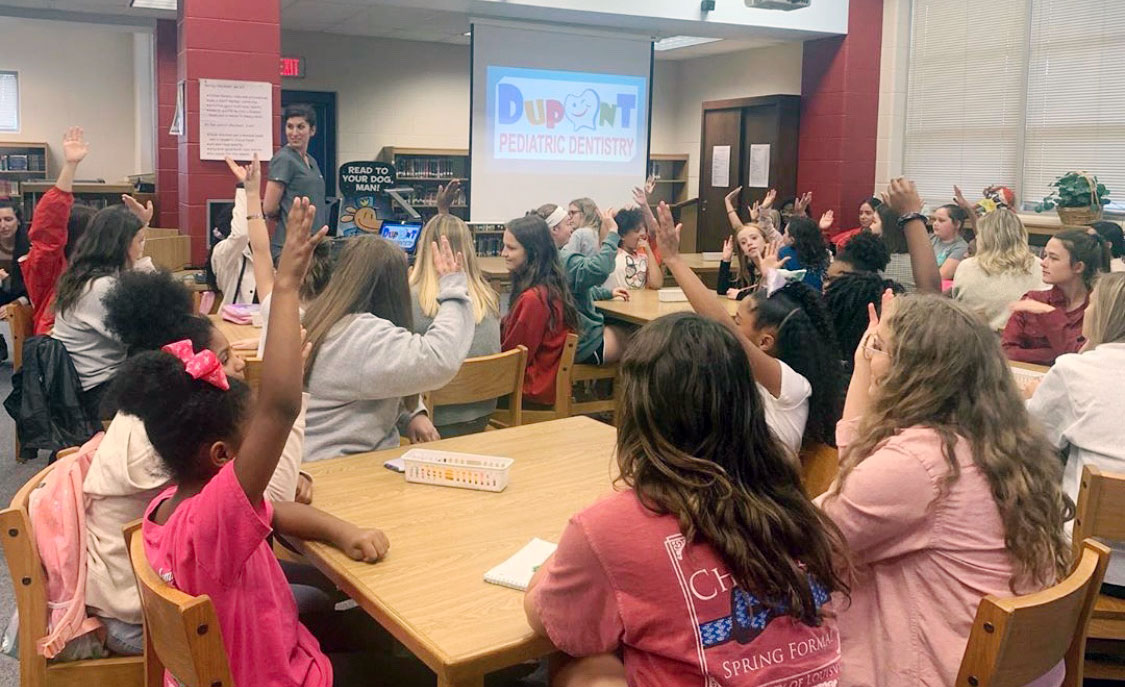 Running She Became has been quite challenging at times. We have grown from six girls to 200, one school to ten, and no money to a well-funded 501(c)3. I’ve had to learn to delegate, manage people, and resolve conflicts.

But the business side of the program hasn’t taught me nearly as much as the girls have. My biggest take away from She Became is how much representation matters.

Amazing girls think the way I did when I was younger – they feel helpless. When they see a woman in power, they think for the very first time “that could be me.”

My passion for working with this cause struck me with a truth I had been ignoring – I am a businesswoman.

This organization has melted my preconceived notions about sitting in cubicles and allowed me to realize that businesses really can change lives. Now, I’m confident in my capability to succeed as a leader and a businesswoman, which I will pass on to young women who think they are incapable of being “businesswomen,” just as I once did.

Nico Thom is a junior Public Health major with minors in Political Science and Entrepreneurship at the University of Louisville in Kentucky. She remains busy as the Founder and CEO of She Became, the Programming Director for raiseRED Dance Marathon and as the Chief of Staff for the Student Government Association. After graduation, she plans to pursue a duel MPH & MBA program and become a health care consultant.