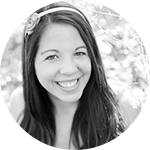 If you’ve spent any amount of time researching whether or not to get an MBA, you’ve likely come across an article (or several) titled something like “Is an MBA Worth It?” Since I’d been thinking about getting my MBA for several years, I had read numerous such articles that tallied up the investment and weighed it against the benefits. Suffice it to say, I had a fair amount of understanding that an MBA is a substantial investment.

One thing I hadn’t considered, however, was the huge investment actually applying for said MBA was going to be.

Yes, I had to take the GMAT and write a few essays, but how different could it be from applying to undergrad? Although it had been quite a few years since I was a senior in high school, I remember the process of applying to college as being fairly simple and straightforward.

Call it naivety, ignorance, or perhaps wishful thinking, but I assumed applying to business school couldn’t be that much more involved. (Spoiler: I was wrong!)

As a result, although I’d been a Forté member for a few years, I was initially not interested applying to MBALaunch. I had no intention of paying for a “prep program” when I was going to already be shelling out so much for my MBA itself.

Thankfully, however, better logic ultimately won out and I applied to participate, rationalizing my investment with the fact that the cost of MBALaunch would be recouped through application fee waivers to some of my target schools.

As soon as the program began, I knew I’d made the right decision. MBALaunch felt like an insider’s ticket to MBA application process. The access I had to industry experts, admissions staff, and alumna was invaluable and made me that much more prepared when I visited my target schools.

It provided a safe space to ask questions, explore and reflect. I’d entered the program fairly certain I wanted an MBA and had a few target programs in mind, but it was rewarding to see the “why” and “where” became even more clarified as the months went on. The conversations and connections that the Launch program helped facilitate played a large part in this.

Now that the 2015 MBALaunch is drawing to a close, I am able to look back on the past ten months and say that, yes the program is a lot of work, but that is what makes it so valuable.

So if you find yourself in the same position I was a year ago, wondering whether or not to apply to MBALaunch, then my answer for you is: it is absolutely worth it. It will stretch you in ways you don’t anticipate, make you even more excited about getting your MBA, and connect you with a wonderful group of women to journey alongside.

And yes, just in case you were wondering, I was able to get a return on my program fee investment through app waivers.

Samantha Aviles participated in the Los Angeles chapter of the 2015 Forté MBALaunch program. She has a B.A. in Journalism from Biola University and earned her MBA at University of Oxford (Saïd Business School). She currently works as a digital strategist.