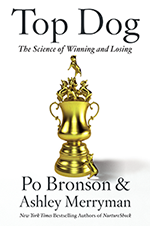 For the last decade, it’s been a constant drumbeat, from our nation to corporations to employees to our youngest students: We must all be more competitive. But no one’s really given us an understanding of how to compete. That’s finally about to change. Ashley Merryman will join us to discuss the cutting-edge science of competition. She will reveal hidden factors at work during any high-pressure performance.

She will also discuss the differences between how men and women compete.  The research has found that—from champion tennis players to Jeopardy contestants to CEOs, even children on the playground—women and men compete differently. They choose competitions differently. They don’t have the same timing in their attacks and withdrawals. They differ in whether they play to win, versus play not to lose. And that’s just the beginning. Merryman is going to identify social, cultural, psychological and physiological factors behind these differences, and she’ll explain how they affect performance, from job interviews and board meetings to managing and mentoring.

The goal of the conversation isn’t to put anyone in a gender box. Instead, it’s to help you identify gender traps—when these differences may help or hurt, and how our gender-based expectations don’t just affect what we do, but how we perceive others as well.

Male or female, this promises to be an exciting webinar that you can’t afford to miss.

This webinar is presented by: 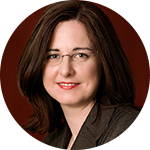 With Po Bronson, Ashley Merryman is the co-author of new book, Top Dog: The Science of Winning and Losing, an instant bestseller. An adaptation of Top Dog appeared in the New York Times Magazine, with additional excerpts in Salon and Huffington Post. Merryman has appeared to discuss it on Fox & Friends, in Wired magazine and everywhere in between.

Their previous book, NurtureShock: New Thinking About Children, was a New York Times bestseller published in 16 languages. Merryman and Bronson have written cover stories for Newsweek and New York. Additionally, Merryman has written for Time, The Washington Post, The Daily Beast, The Guardian and many others. She has appeared as a guest on The Charlie Rose Show, @KatieCouric, Anderson Cooper’s AC360, BBC World News, and dozens of other radio and television programs around the world. With Bronson, Merryman has won nine national awards for her journalism, including the American Association for the Advancement of Science (AAAS) Award for Best Science Journalism and the PEN USA Award for Literary Journalism.