Each of us is unique and different. Leverage your uniqueness and let it shine in your professional and personal life. 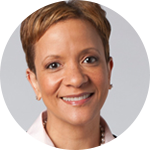 Moderator Liz Riley, MBA Prep Coach at Management Leadership for Tomorrow, leveraged her own uniqueness by bringing her younger self along to the event — she used a childhood photo as her Zoom background. Liz introduced panelists Janet Foutty, Chair of the Board at Deloitte, and Sheila Stanziale, CEO at SpudLove Snacks, and invited them to involve their younger selves in the discussion as well.

Find your own path

Janet and Sheila started out by comparing notes on the leadership lessons they’d learned at a young age. When Janet was a child, her parents taught her, “Do the things you love that give you energy,” and she carried that advice with her into her professional life. She told the incoming MBAs in attendance that when she started her career, she knew nothing about business and had no aspiration to lead large organizations. Instead, she said, “I started wanting to make sure I was having an impact, I was valued, I liked the people I was working with, and I was challenged intellectually.” She knew she didn’t have all the answers and found that very freeing, because it allowed her to approach opportunities with an open mind.

Sheila said that her parents were “very, very focused and almost a bit demanding,” but at the same time, they were “very long on ‘what’ and short on ‘how.’”  She said, “That’s a great leadership lesson, right? Tell people exactly what you want and when you want it, and then don’t get so involved in the muck and the ‘how.’ Leave some of that up to them, and guide them a little bit along the way.” 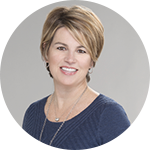 The SpudLove Snacks CEO and Deloitte Chair both emphasized the value of connecting with — and listening to — as many people as possible. Sheila advised the MBA students, “Talk to as many people as you can. Participate in as many as events like this conference as you can. Read as much as you can, because you’re at an early enough point in your life and your career where talking to a wide, wide group of people will help influence your thoughts. And I think that’s really a good thing.” She also cautioned them not to compare themselves with classmates who appear more successful on social media, and said, “You’ve got to find a way to screen that out and make yourself happy and know what you want and what’s good for you.”

Janet told the b-school-bound audience, “The most valuable relationships to invest in are those of your peers,” and offered a simple rule of thumb: If they have 10 extra hours a month to invest in relationships, they should spend one hour connecting upward in their organization, four hours with their team, and five hours with their peers.  She said, “The relationships, the feedback, the counsel, the coaching, the directness, the transparency, the amount of learning you’ll have from your peers is the most invaluable.”

Advocate for yourself — and acknowledge mistakes

In response to a question from Liz about career pivots, Sheila shared a story from her time in a sales and marketing role at PepsiCo, where she was an important internal customer and stakeholder of the operations team. She recalled, “We had a weak leader, and everything coming out of the operations team wasn’t working the right way. Me and my tribe were all quite negatively impacted. The leader, as things happen, moved on. And I just began to think, you know, I could totally do that job.” She made her case, got the job, and it became an amazing learning experience for her. She said, “Nobody would have ever suggested that for me if I hadn’t advocated and thought of it on my own.” 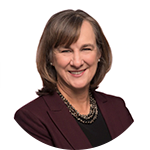 Two years out of business school, Janet was working at a consultant. At one point, she was unhappy about a particular project assignment — and she protested, gently at first.  She said, “It was not easy to gracefully get my way out of it,” but after a few weeks, she was moved over to the project she wanted. It turned out to be a disaster. She said, “I was fearless about raising my hand in the first place, but I was also fearless about going back and doing a mea culpa. I said, ‘You know, I was wrong. I know I asked for this. This is not what I thought it would be.’” She returned to the project she had tried to avoid, and to her surprise, “It was probably my biggest career accelerant… So being open to what comes at you, as long as you’re gut-checking against it is how I’ve thought about my own pivots.”

Plan ahead, but gut-check along the way

To move your career forward, it’s important to know where you’re headed, but how far ahead should you plan? Sheila said, “I’ve always kind of thought about my career in three-to-five year blocks of time, and that’s how we coach people, men and women on my team. I always felt much longer of a planning horizon actually reduced opportunities for you, because there was such a thing as being so planful and so focused on some outcome that when the landscape shifted or changed a little bit, if you weren’t really open, it was more difficult to actually recognize new opportunities.”

Every hundred days, she takes time to assess her work-life balance. She said, “I tell young folks this all the time: If you expect every week and every month to be mystically and magically perfect, and your yoga lifestyle is going to be in sync with your children and your husband or your boyfriend and your role at work and your volunteer activities, you’re dreaming. It’s not going to work out that way.” Instead, she suggested checking in with yourself about how things feel every hundred days or so. If it doesn’t feel right, make some adjustments so that the next hundred days are more comfortable.

Janet guides her career by asking herself certain questions: “Do I get energy from the work? Do I like the people I’m with, and am I valued? Am I having the kind of impact I want to have?” She said, “I’m pretty rigorous about testing against those frequently.” If she goes for more than a couple of weeks and feels uneven across those criteria, she knows it’s time to take a step back and course-correct. She added, “You can’t always course correct immediately, but you start to lay the groundwork for that shift.” She told the women MBAs, “Gut check against whatever the principles are for you. I’ve found to not let those go too long without creating the space for change.”

Throughout the discussion, attendees responded enthusiastically in the accompanying live chat. One commenter noted, “This has been so incredibly helpful and thought-provoking. So appreciative of the authenticity and vulnerability in sharing these stories!”