If you’ve ever thought about starting your own business, you are not alone. According to John Danner –author of Built for Growth: How Builder Personality Shapes Your Business, Your Team, and Your Ability to Win and a professor at the Berkeley Haas School of Business – 85% of employees worldwide are either actively disengaged or not engaged at all with their work.

This dissatisfaction with the status quo is a primary reason people leave companies to try their hand at entrepreneurship, but succeeding on the startup path is not easy.

Entrepreneurs do a host of things – from innovating and identifying gaps in the market to solving problems and taking risks. At its core, being an entrepreneur means pursuing and creating business opportunities that are financially sustainable.

According to Danner, an entrepreneur needs at least the following five resources to get a business off the ground:

These resources, while essential, cannot always compensate for volatile markets and the ups and downs of entrepreneurship, but as Danner says, “One resource is quintessentially within your control: YOU.”

And the traits that define you – your ability to lead a team or inspire confidence or hone commercial instinct, for example – are necessary to understanding the kind of leader you are and how you can partner with others who have complementary skills to achieve lasting success.

Four personality types
In writing Built for Growth, Danner and his co-author Chris Kuenne studied people who had built enduring businesses to understand what made them tick, and they came up with four common entrepreneurial personality types. 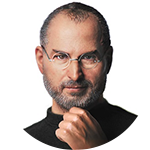 Drivers often know from a young age that they want to start businesses. They are mission-focused, intense, confident and can be relentless in pursuing their goals. According to Danner, “they also have a very strong instinct for commercial transaction.”

Working for a driver can be exciting, but it can also be challenging to work with or for someone who is so unyielding.

Steve Jobs, the late founder of Apple, was a famous driver – someone Danner says was “commercially focused and unbelievably intense” – but he was also famously difficult to work with. Another driver, Ben Weiss, founder of Bai Brands, required his employees to wear their annual sales quotas on their body – similar to a nametag – so they would never forget their primary purpose, which is to sell product every day.

Another challenge of drivers is what Danner calls “product narcissism.” They become so identified with their product that if someone criticizes what they bring to the market, they feel as if they are being personally criticized. 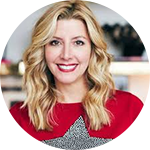 Explorers are always looking for solutions, are innately curious, and they enjoy the process of figuring out complex problems. Sara Blakely, founder of Spanx, is a famous explorer. She solved the challenge of making a more comfortable pantyhose and now oversees a $1 billion+ empire. Blakely attributes her penchant for solving problems to family dinners when she was growing up, in which her father would ask her what failure she experienced that day and what she learned from it.

Similar to drives, explorers are confident, but they can have a dispassionate view of other people. “They tend to make people feel that they’re cogs in a machine rather than real, live human beings,” Danner says. Another entrepreneur who has built a billion-dollar company is Brian O’Kelley, founder of AppNexus. A self-described “lousy CEO” whose strength was not with people, O’Kelley recognized that his constant focus on the product and solutions had resulted in a toxic corporate culture. 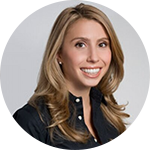 Crusaders have some similarities to drivers and explorers – they are audacious and motivated, for example – but what sets them apart is their focus on mission and purpose.  Not defined by a product or a challenge, crusaders quite simply “want to change the world… want to rewrite history,” Danner explains.

They are often what Danner calls “accidental entrepreneurs” because they fall into entrepreneurship “as a means to accomplish a vision” rather than being drawn to it for potential financial success or the opportunity to find solutions to vexing problems. Crusades are often people-oriented and empathetic, but sometimes that works to their detriment.  The founders of Ben and Jerry’s Ice Cream wanted to raise political consciousness through their products, but they struggled with letting go of personnel who agreed with their vision but were not performing well.

Another crusader, Jenny Fleiss, founder of Rent the Runway, initially wanted to hire people like herself. But she realized that if she hired only “mini-mes” – even if they shared her vision – the business would flounder from lack of diverse skillsets. As Danner states, “Crusaders are sometimes so focused on the big picture that they are not great at details… and are not necessarily the world’s greatest operations people.” 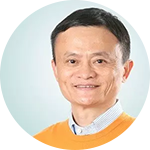 The fourth entrepreneur personality Danner describes in his book is the captain. Unique among the captain’s traits is a focus on “we” rather than “me.” The captain aims to bring out the best in a team and rally their capabilities to reach a common goal. Captains serve as coaches – empowering and motivating the people on their teams – but they also “are the best at holding people accountable,” Danner says.

Jack Ma – founder of Alibaba – is a good example of a captain. He is famous for prioritizing his employees before investors or customers. Ma sees a strong correlation between happy employees and a successful company. ” If I have happy employees, I’m going to get satisfied customers. If I get satisfied customer, guess what? The investors are going to take care of themselves,” Danner says of Ma’s philosophy.

With a range of entrepreneurial personality types, is there one or two that rise above the rest? Danner believes all have value, and some people emphasize the importance of being the best at what you do and not twisting yourself into a pretzel to become something that does not align with your natural strengths.

Danner once met with Paul Maeder, the former chairman of the National Venture Capital Association. When asked what type of entrepreneur he liked to invest with, Maeder responded:  “I don’t really care which build of personality you are, just be the best damn version of it you can be. I’ll put money behind a driver, I’ll put money behind an explorer. I just want to make sure that you are the best I can find in that particular group.”

Danner encourages entrepreneurs to find “polar complements” because no one has all the traits needed for success. “We all have positives and negatives in our personalities. We all have gifts and gaps,” he explains. And by finding people who complement our natural talents, this unstoppable combination can result in the next Apple, Spanx or Rent the Runway.

Want to read more about women entrepreneurs who are writing their own success stories? Visit our Mavens in the Marketplace.