On Friday, June 12, and Saturday, June 13, 2020, Forté’s MBA Women’s Leadership Virtual Conference brought together more than 1400 incoming MBA women. They participated in lively discussions, industry panels, and networking opportunities. One highlight was the “Real Talk: Opportunities and Obstacles for Women of Color in Business” panel, which felt especially timely. 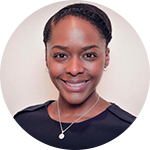 The panel began by addressing the growing racial equity movement in the United States and its impact on women of color in the workplace.  London Worrell, Enterprise Digital Skills Project Manager and Finance D&I Advisor, Chevron, said, “Having to educate other people about systemic racism really gets heavy when you’re also trying to do your job. Coming to work and still having to perform at the highest levels while leaving all of the other stuff behind is impossible.”

Raisha Lavigne, Principal, Director of Operations, DaVita, has also been feeling the pressure to educate her colleagues. She said, “I’ve gotten a lot of outreach from well-intentioned people asking, ‘What’s your experience been?’ as if I just turned Black this week or last week. And so that’s been challenging, because I want to, at the very least, be a point of resource if somebody doesn’t have any other resource.” Raisha refers them to places where they can do their own research. She also makes it clear that she doesn’t speak for all Black people, and that she speaks from her own experiences, which are still being developed.

She added that when people ask how she is, she avoids saying, “Fine,” and instead makes a point of being honest. “I’ve said, ‘Well, it’s tough. It’s hard.’ I’m not holding back and saying ‘Everything’s great, let’s get to work,’ because yes, we need to get the work done, and also I want to make sure that it’s clear that this is not business as usual. These are real, impactful things that are happening.” 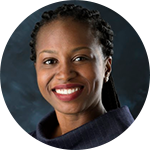 Roxanne Warner, Head of Investor Relations, Whirlpool, saw how fast corporate America reacted to the coronavirus, and found it frustrating that they weren’t doing more about systemic racism. In the chat, a commenter echoed her concerns, writing, “At times it feels like companies are performing allyship instead of creating meaningful action.”

While the panel seemed optimistic that companies understand the need for real change, Patricia “P.B.” Brown, Vice President of Field Enablement, Global Retail Markets Distribution, Liberty Mutual, said, “Nothing will happen unless we as leaders in organizations become more intentional about driving change.” She emphasized the need for allies to get involved and be intentional about saying, “What I see in front of me is not what needs to continue to happen.” 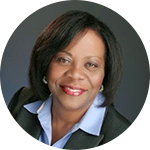 Ana brought up the “cultural tax” that’s placed on people of color—the expectation that they will take on additional responsibilities because of their lived experience. London said she feels an obligation to create opportunities for other people of color and make sure that the workplace is one where they feel included. She said, “I owe it to the people behind me and to my peers and mentees to really get in there and create an environment that we all want to be a part of.”

Discussing her experiences at Whirlpool, Roxanne said, “I am the first Black woman in the investor relations role and gosh darn it, I’m going to make sure that I stand out, so that another one can come behind me.”

In the chat, an MBA student commented, “I was tapped to be on our office D&I committee and the mental exhaustion of being Black in America and then discussing race issues at work was too much.”

Throughout their careers, women of color face conscious and unconscious biases. If you’re the only person in the room that looks like you, London urged making the most of that power. She said, “When you have that platform to share your insights and really make impact, and you’re given that opportunity, don’t waste it. Really try hard to share your thoughts, because you’re there for a reason. You made it there to give that perspective.” She has had colleagues criticize her culture and mistake her for a junior staff member, but she didn’t let it throw her off. She advised, “Take it with a grain of salt and don’t let it diminish who you are or how you’re showing up in that space.” 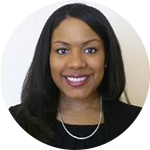 Women of color may also struggle with imposter syndrome. Raisha shared a story about a white guy she met as she was starting her undergraduate studies who told her she had only been accepted to college because she was Black. It left her wondering, “Did I really earn this?” She directed conference attendees never to doubt themselves, and said, “Be a dog with a bone. Go after what you want and what you need. Don’t let anybody take your power. So many people are going to try and take your power — do not let them do it.”

The women agreed on the importance of building a supportive network, at work and in one’s personal life.  Ana said, “We need folks that can just be our soulmates sometimes and help us process what’s going on, and having those people in your life is just so critical.”

P.B. told the attendees to be aware of the unique perspectives that they bring to the table, and said, “Be intentional about the networks you establish, whether you’re in grad school, whether you’re in corporate structures, and how those networks actually pay off for you.”

Raisha summed it up in three words: “Find your people.”

Several of the conference panelists will reconvene for further discussion on the Forté webinar Women Lead: Real Talk About Opportunities and Obstacles for Women of Color in Business, Thursday, July 30, at 12pm ET. The webinar is free for all Forté members.